Christian Faith Fellowship (CFF) was organized on July 15, 1995, under the leadership of Pastor Ricky Wilson. Nine committed core members spent one year planning and strategizing for a community Bible study and worship services.

The Bible study began on January 14, 1996, at was then the Holiday Inn in Exton, Pennsylvania. It was a study of the book of Ecclesiastes taught by Pastor Wilson entitled: “What’s the Point?” The study was well attended and, as a result, five people decided to unite with Christian Faith Fellowship.

The core group next tackled the project of preparation for the initial morning worship service. God blessed in many ways. The initial service was held on Sunday, July 7, 1996 at the Holiday Inn. There were 54 people in attendance. 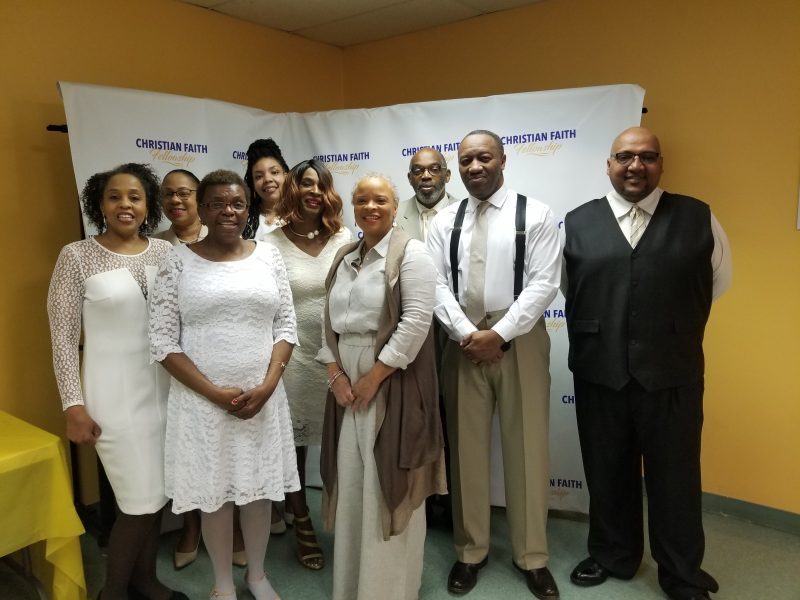 “Now unto Him who is able to do exceeding, abundantly beyond all that we ask or think, according to the power that works within us, to Him be all glory..”

Week after week, God continued to bless CFF with visitors seeking a church home. On Sunday, December 15, 1996 CFF held its first graduation service for members who had completed the eight-week new members’ class. There were fifteen graduates and fourteen new CFF members!

God has blessed our congregation in many ways since our initial service. CFF will celebrate its 23rd Anniversary in July 2019. Our congregation continues to grow in membership and weekly attendance. In addition to numerical growth, God has blessed us spiritually and financially and, with God’s help, we are able to provide quality ministry. We cannot help but praise God for His marvelous works!